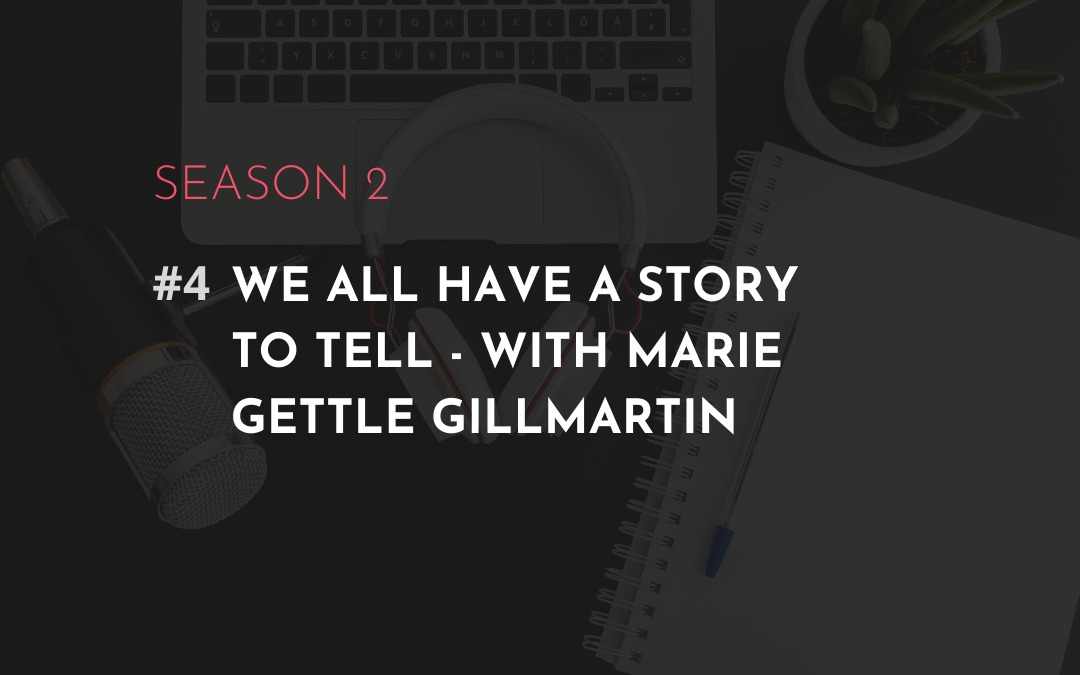 In this episode of the show I am excited to speak to Marie Gettel-Gilmartin.

We discuss her journey to podcasting starting from her time abroad in Japan and the perspective shifts this has given her in her life. We then talk about the topics of resilience and equality, before diving into Marie’s personal experience with her show, how she felt before starting, what helped her in the process and what she loves about it now.

I hope you enjoy it.

You can find out more about Marie here: 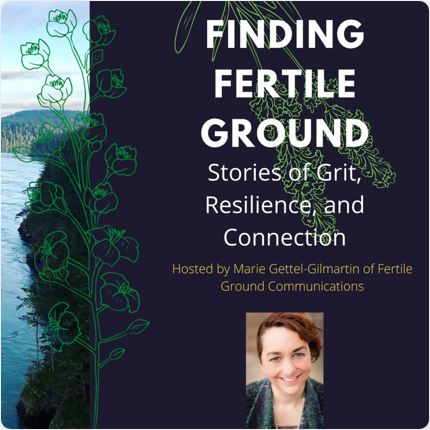 Marie Gettel-Gilmartin, founder and principal of Fertile Ground Communications LLC, is a writer and marketing communications coach who loves to help clients communicate clearly and painlessly. Fertile Ground Communications is a certified women-owned business enterprise, disadvantaged business enterprise, and emerging small business, dedicated to creating a kinder, more sustainable, and just world.
Marie has 29 years of experience as a writer; technical editor; manager of a 70-person, multi-state publications team; communications strategist; and marketer in the environmental consulting industry. She helps clients communicate about pressing issues and positions them as experts in their fields. Writing communications that boost employee engagement, she also coaches leaders and executives on how to strengthen communications and leadership.
Fertile Ground Communications has a corporate social responsibility statement, which states their commitment to Black Lives Matter, centering the voices of people of color, providing pro bono services, and working toward racial justice. Marie regularly writes on these issues and volunteers her time in the community. She has also committed to lifting up people of color in her business.

Marie hosts the Finding Fertile Ground podcast, a place for people from underrepresented populations to share their stories of grit, resilience, and how they found their own fertile ground in their career or life. In April 2021 Marie launched the Companies That Care podcast, interviewing business leaders who are working to create a better world for all.

Links & Resources Mentioned in this Episode

The Podcast Launch Toolkit
Contact us for collaborations, interviews or questions

“I love Jess and Podcasting for Experts.” – If that sounds like you, please consider rating and reviewing my show! This helps me support more people — just like you — create a show to move toward the podcasting life and business that they desire. Click here, scroll to the bottom, tap to rate with five stars, and select “Write a Review.” Then be sure to let me know what you loved most about the episode! Also, if you haven’t done so already, subscribe to the podcast. I’m adding a bunch of bonus tips to the feed and, if you’re not subscribed, there’s a good chance you’ll miss out. Subscribe now!

Ready to launch your podcast?

Have you been wanting to launch your podcast for months - but you are feeling overwhelmed and just don't know where to start?

Then grab our free podcast launch checklist and we will tell you everything you need to do to get your podcast out to your audience double quick. 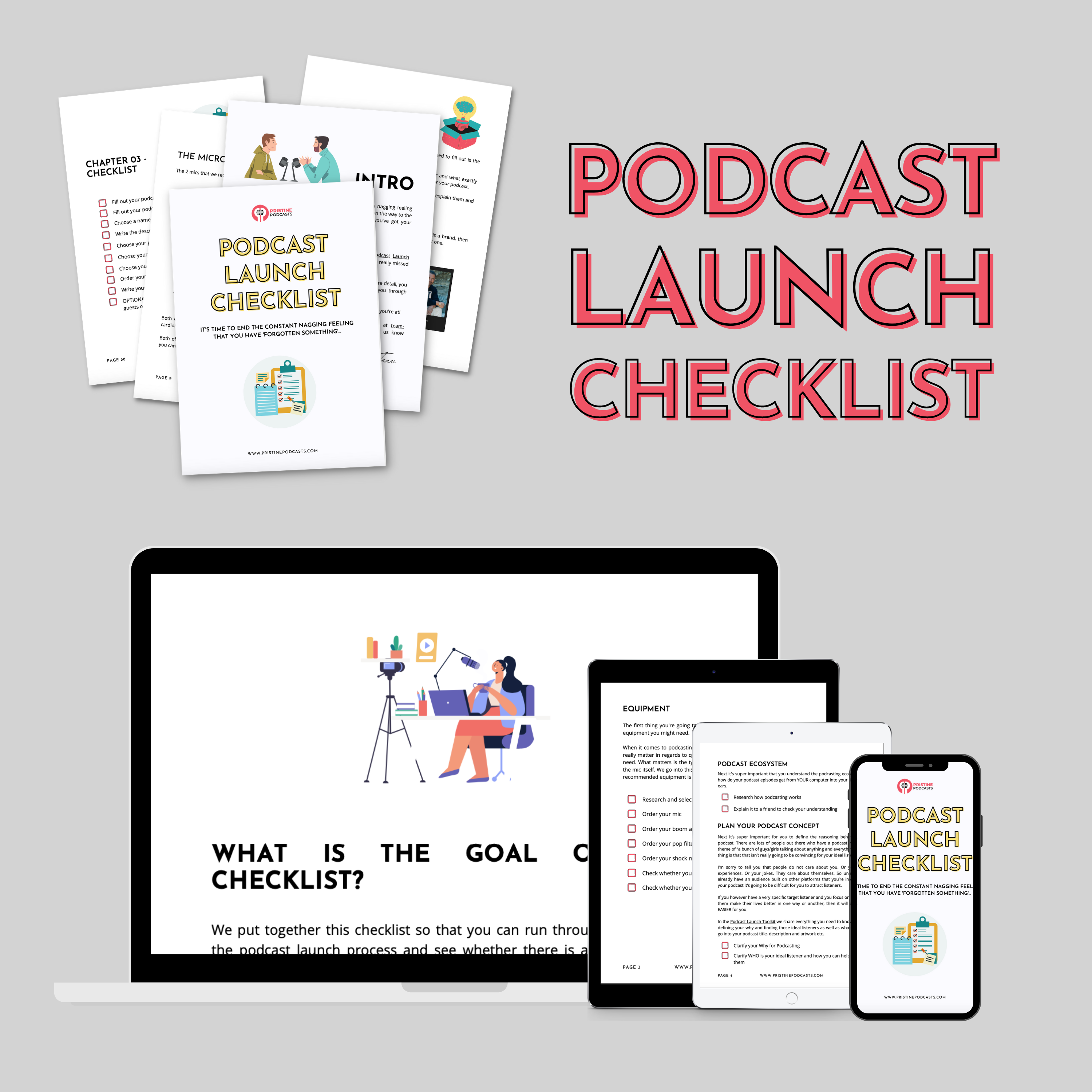 Episode Description This episode is all about building your perfect podcast team - and even if you...
Read More

Episode Description There are lots of aspects to the podcasting process that can take more time or...
Read More

Episode Description In this episode we are talking to Podcaster and Personal Finance Expert Debra...
Read More

Episode 1 – How to create your perfect Podcasting Workflow

Episode Description Welcome back to season 2! I'm so excited for everything we're going to dive...
Read More

Episode 12 – How to Grow your Business with your Podcast

Episode Description In this episode we are talking about how to grow your business with your...
Read More

Episode 11 – How to Structure your Podcast

Episode Description Behind every good podcast lies an intention. It might be to educate, to amuse,...
Read More

Episode Description There is a lot of advice out there about what recording equipment is needed to...
Read More

Episode 9 – What your Podcast Cover needs!

Episode Description Today we're going to be talking about Podcast Artwork. It's one of those...
Read More

Episode 8 – How long should a podcast episode be?

Episode Description Another one of those questions that keeps resurfacing is "is there an ideal...
Read More

Episode 7 – How to write a good Podcast Description

Episode Description So far we have talked about how to setup, get people interested and plan your...
Read More
Listen on Spotify
Apple Podcasts